This site uses cookies to store information on your computer, some are essential to make our site work; others are to improve user experience. By continuing to browse the site, you consent to our Terms of Use and Privacy Policy. 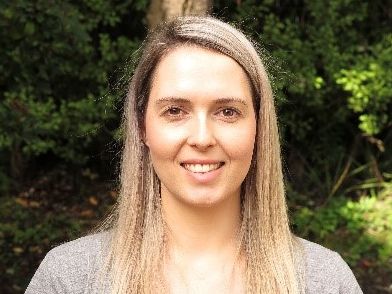 As it is  bowel cancer  Month:   Bonnie  from  Back In Motion  has been looking into  diet and its  effects on your  Bowel  health.

It is estimated that 90% of bowel diagnoses are attributable to dietary and lifestyle factors (1). Over the next four weeks, I will introduce important dietary and lifestyle factors that are related to bowel cancer: how red and processed meat is connected to bowel cancer, the benefits of eating wholegrains, and why nourishing your gut microbes are critical for bowel health.

There is strong evidence that suggests red and processed meats increase the risk of bowel cancer. Processed meat has been listed as a class 1 carcinogen by the World Health Organisation alongside tobacco, ethanol from alcohol and asbestos. Red meat has been listed as a class 2 carcinogen alongside viruses such as Malaria and HPV.  It is estimated that replacing red and processed meat three times a week with beans and legumes could reduce the risk of bowel cancer by 33% (2). But even so, we are struggling to believe that there is any real harm associated with consuming these foods. Especially considering they are found everywhere and for the past 80 years they have been nothing but promoted for their excellent protein, iron and mineral content.

The real problem started to appear when the consumption of red and processed meats skyrocketed. In today’s world it is considered normal to have a triple stacked double bacon beef burger for dinner when we are too tired to cook. The typical at home dinner has almost quadrupled in size in the past 50 years, and we have become so used to it that we demand it.

Meat was once a rarity, but now we have been conditioned to believe that a meal without meat is incomplete or lacks nutritional value and refuse to be satisfied with nutrient-dense plant-based foods. This has been the product of billions of dollars of marketing over the years and has played a massive role in several health epidemics that we are facing today, including New Zealand’s second biggest cancer killer, bowel cancer.

What exactly is red and processed meat?

Processed meat refers to foods such as ham, bacon, salami, sizzlers, and chorizo sausages and red meat includes beef, lamb, pork and goat and all their associated products like sausages, burgers, and mince. The New Zealand Bowel Cancer Society has stated that "bowel cancer risk increases by 12% per 100g of red meat consumed per day and by 16% per 50g of processed meat consumed per day". That equates to a steak about the size of deck of cards or 2 rations of bacon. For cancer prevention, it is recommended to have no more than 1 serving of meat each day, which is approximately half a cup of mince, or one small lamb chop.

How does red and processed meat increase your risk of bowel cancer?

There are many mechanisms under investigation that could explain why red and processed meats are causing cancer (3). Meat tends to be high in saturated fat, which creates a state of inflammation in the body, and thus the perfect environment for tumour proliferation and growth. Processed meats tend to also be preserved in nitrates or inorganic sulfates which are carcinogenic to humans (4). Another proposed mechanism is the heme iron found in meat (4). For many years' meat has been promoted as the richest source of dietary iron. Iron is an essential mineral that plays a critical role in oxygen transportation in the body.

There are two forms of iron found in the diet:

Heme iron has an excellent ability to be absorbed in the body. However, recent evidence is suggesting that heme iron creates oxidative stress in the body, and promotes the formation of N-Nitroso compounds, which cause cancer in the gastrointestinal tract (4). These compounds are also found in the preserved processed meats.

When these meats are heated (i.e. when we cook meat) especially at high temperatures, it creates more cancerous compounds (heterocyclic amines and polycyclic aromatic hydrocarbons) that have also been linked to bowel cancer (4).

These same compounds have not been found in non-heme iron (4).

Without meat, how do I get my protein and iron?

There are plenty of protein and iron-rich foods found in the plant kingdom that have no cancerous effects on the body (in fact they often protect against cancer). These include grains (which we will talk about next week), beans, legumes, and leafy greens. To increase the absorption of the plant-based iron we do need to try consume vitamin C with the meal, and/or use a cast-iron pan for cooking.

Monthly Challenge: Commit to a minimum of two meat-free days each week for the month of June; if you are already doing this then try for three or four instead.

Back in Motion was the first Physiotherapy Clinic to introduce Pilates to New Zealand in 1998. Back in Motion have experienced staff that are able to offer individualised instruction on the specialised Pilates equipment.