1. Unilateral vestibular loss (vestibular neuritis due to a virus)

Hannah (27) had a sore throat and went to bed early. She woke with nausea, vomiting and was unable to get out of bed to get to the toilet due to dizziness. Every time she moved to get up, she had severe dizziness and nausea. Her symptoms improved over 2-3 days.

She returned to work but her symptoms did not fully go away. She could not reach to high shelves or work on her computer due to symptoms of dizziness and altered balance. She could not travel by bus or as a passenger in a car.

After 2 weeks she presented to physiotherapy. Assessment indicated a loss of vestibular function on her right side using head thrust and head shake tests, and the Fakuda step test. She was unsteady balancing with eyes closed on a pliable surface.

After 5 sessions, Hannah reported feeling back to previous levels of ability and was symptom-free.

Pam (73) attended with her husband as both were concerned about her progressive loss of balance and confidence. Pam took very small steps and walked slowly; she preferred to hold onto her husband rather than walk independently. Neither had noticed when this habit first started. She was avoiding buildings with steps and slopes.

Assessment indicated an inability to stand safely with feet together (eyes open and closed) and she could not stand on a single leg without reaching for support. Assessment on a pliable surface was not done for safety reasons.

With the assistance of her husband, Joyce was commenced on a balance programme with progressive removal of visual cues. She was started on a hip and ankle strengthening and proprioception programme (improving the messages from the joints to the brain – important for balance). She progressed slowly to soft and pliable surfaces and to single leg activities. Walking balance activities were introduced along with activities aimed at increasing walking speed.

Over a three-month period Pam’s posture, walking speed and confidence in the community improved significantly. She was walking to a friend’s house on her own and her husband was no longer concerned about her balance in the gym or in the community. Pam has chosen to continue with her programme at home to maintain her gains.

Jack (56) presented with a history of dizziness over a two-month period. He was beginning to feel unsteady most of the time and especially in dim lighting. His history was not clear for cause or evoking factors therefore he was given a full vestibular evaluation.

Assessment indicated left-sided BPPV with unsteadiness with vision removed during balance and walking tests. He was treated with a left canalith repositioning technique and returned two days later free of dizziness but his unsteadiness remained. Repeat positional tests were all clear therefore he was commenced on a balance and sensory reintegration training programme with and without visual cues.

Jack improved quickly once his vestibular system was retrained to analyse all the sensory inputs and was no longer strongly reliant on his vision over all other cues.

Lynn (22)presented three months following a skiing accident. She had a history of position-evoked dizziness which was interfering with her study and high-level sporting activities. Her history was suggestive of both BPPV and activity-induced fatigue.

Testing confirmed a left sided BPPV which was immediately treated with the canalith repositioning technique. On her follow-up appointment within 48 hours, she reported being symptom-free. Retesting showed that all positions were free of symptoms and further vestibular testing revealed no other symptoms. She commenced on habituation exercises and we looked at activity/fatigue management. This was successful and Lynn was discharged after a total of 4 sessions over an 8-week period. 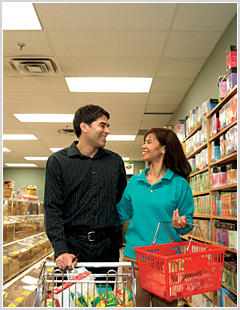